Mentorship is a proven, powerful development strategy. And mentorship is particularly useful to employees from traditionally disadvantaged populations, who may otherwise have less access to senior leaders.  Seventy five percent of minorities report that mentoring has been very important to their development. According to Dr. David Thomas, President of Morehouse College, “People of color who advance the furthest all share one characteristic: a strong network of mentors and corporate sponsors who nurture their professional development.”

Mentoring comes with a downside, though. Senior leaders often choose to mentor those who look like themselves (see figure). Often, this isn’t because mentors seek to exclude anyone, but because it’s easier to build connections with those who are similar to oneself. Indeed, this puts women and historically underrepresented groups at a disadvantage when it comes to networking and finding mentorship. We are drawn to people who share our interests and experience. Think about your own mentors or those you have chosen to mentor. Do they remind you of yourself? Chances are that the answer is “Yes.” 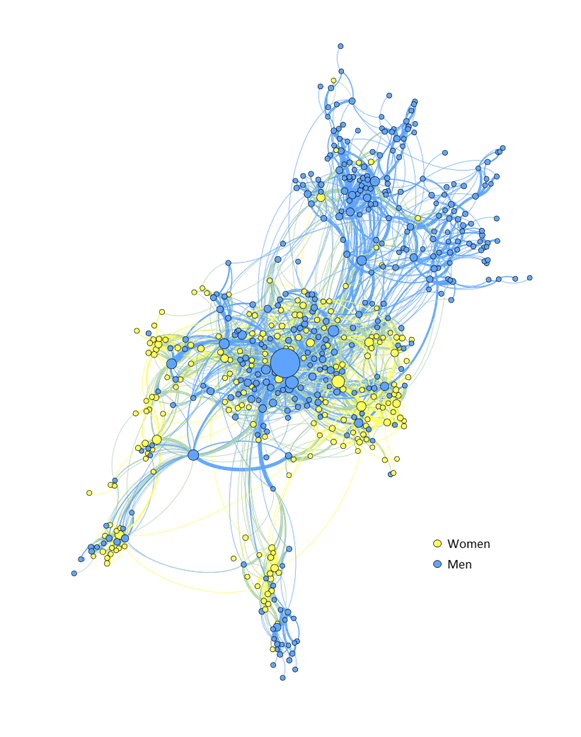 The danger, then, is that mentoring can reinforce, and even institutionalize, divisions between different groups and exclude those in the minority.

Leaders can address this challenge while also accelerating development by purposefully mentoring across differences. These differences can be demographic in nature (e.g., race, ethnicity, gender, sexual orientation), functional or even geographic.  While mentoring someone who comes from a different background can make initial interactions more challenging, it can also maximize learning by increasing the diversity of thought and experience to which both mentor and mentee are exposed. For example, in a study we conducted of ~150 director-level leaders who participated in a 6-month mentoring program, those leaders who were mentored by an executive from a different part of the enterprise reported the best learning outcomes.  According to one mentee, “Mentoring made a big impact and being paired with someone from a completely different part of the business exposed blind spots I never would have recognized otherwise.”

The second key to successfully mentoring across differences is equipping both mentor and mentee to partner effectively with someone who may have a very different skillset and/or background.  This can involve reconsidering personal beliefs, embracing curiosity, openly discussing differences, and being willing to be vulnerable. Prepare mentors and mentees to actively engage in these conversations by providing them with tools and prompts to make the conversation easier.  For example, suggest that mentors and mentees share their cultural backgrounds, discuss assumptions, and explore commonalities and differences.  Encourage mentors to acknowledge differences while strengthening the relationship with statements, such as, “I know we come from different backgrounds, but I’m here to listen, advocate and use my power to support you.”

In our experience, when well done, mentoring across differences has a meaningful, positive developmental impact on both the mentor and mentee while building a learning culture characterized by diversity and inclusion.